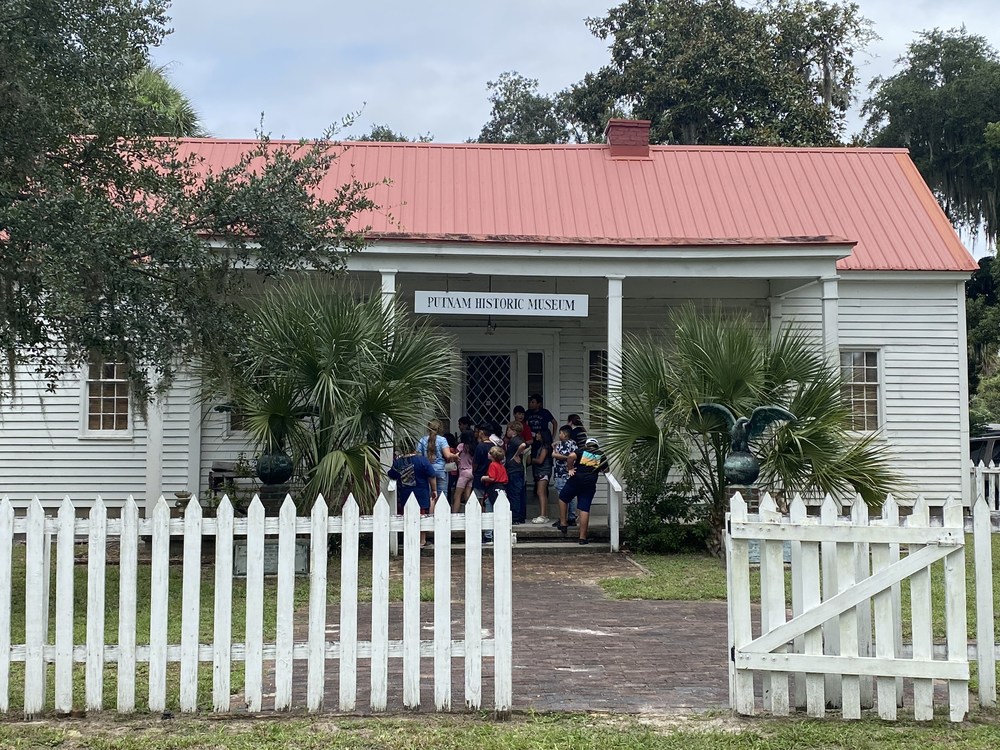 Putnam County School District fourth grade students  took a step back in time to 1864 when Union troops occupied the Bronson-Mulholland House. This interactive field trip allowed students to step into the past.  Students were able to ask the reenactors various questions about how they lived, if they enjoyed the food they ate, and how they felt about about Florida. 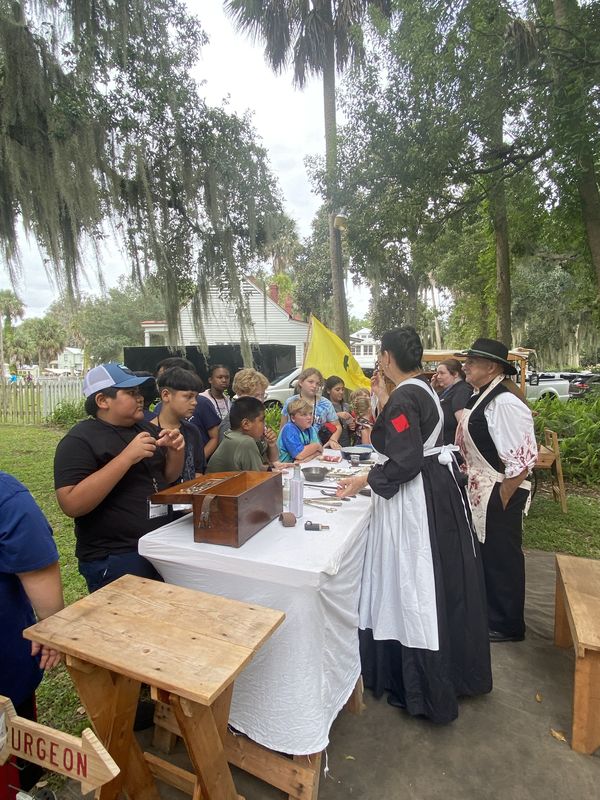 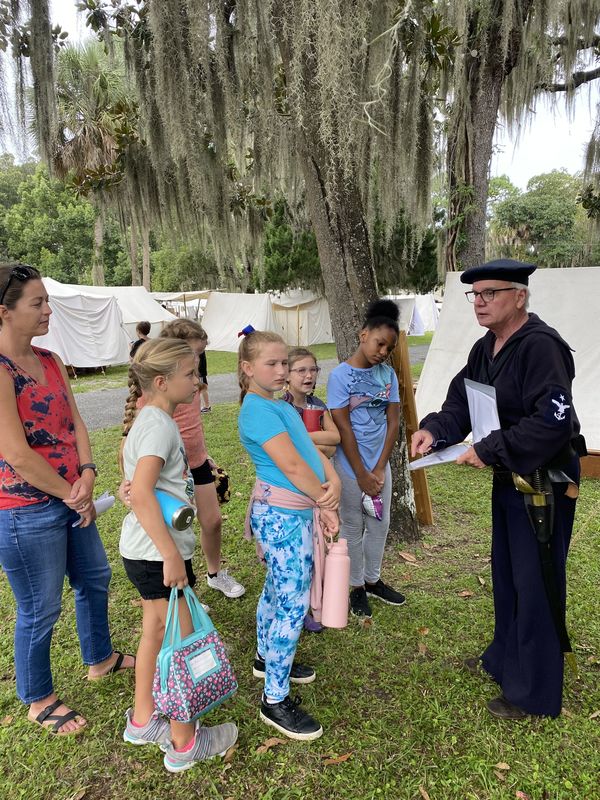 Background information on the event provided by the Putnam County Historical Society:

"In early 1864, after a Union Army force was defeated by a Confederate Army force at the Battle
of Olustee (February 1864), Union military leadership decided to fortify their positions in
northeast Florida. Additional Union troops were sent to Ft. Clinch in Fernandina and Ft. Marion
in St. Augustine (the current Castillo de San Marcos). A force was also sent to occupy the City
of Palatka; this was “Barton’s New York Brigade”, commanded by Col. William Barton and
consisting of the 47th , 48th , and 115th New York Regiments, reinforced by the 55th Massachusetts Regiment (an African-American regiment that was a “sister” unit to the famed 54th Massachusetts Regiment depicted in the movie “Glory”), and a battery of the Third Rhode Island Artillery. Col. Barton and his staff commandeered the house that is today the Bronson-
Mulholland house, and the Union soldiers encamped around the house and in the town. Some
soldiers took residence in the sanctuary of St. Marks Episcopal Church (next to the Bronson
House). On the adjacent St. Johns River, Union Navy gunboats with their sailors and marines
provided additional manpower and heavy gun support to the Army and helped transport the
troops up and down the St. Johns River." 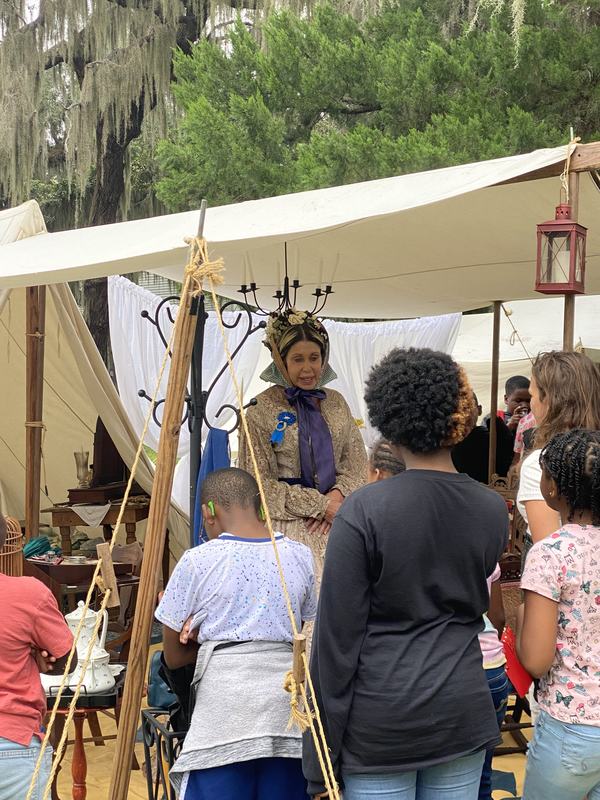 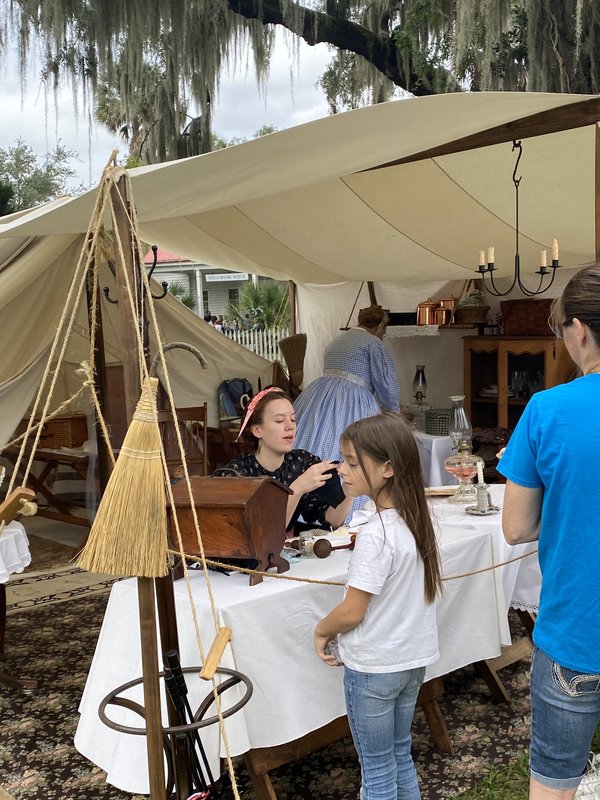 Students experienced and viewed an array of historical reenactments, including:

This year, in addition to the Occupation of Palatka event, St. Mark's Episcopal Church opened their doors and provided a historical educational walk-through of their facility and how the church was used during this period of time.